tomorrow is the eid al adha holiday so i have the week off from school. i left my house yesterday morning to head towards beit lahem, but i decided to spend some time in al quds so i could visit with a friend, see an art exhibit i had wanted to see, and go book shopping. when i went through huwara checkpoint i was shocked to see that in the last week a new sniper tower had been put up in the last week or so since i had been through that checkpoint. it’s always mind blowing to see how fast colonialism works. 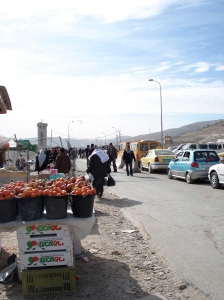 when i got in the service and we started to drive away i had thought i entered the wrong service as we began driving in the wrong direction–towards the illegal settlement of beit el, which was nerve wracking a bit given that this is one of the settlement that has been organizing its residents to come down to palestinian areas and throw stones at palestinian cars. but the israeli terrorist forces (itf) closed down the main road between ramallah and nablus so and forced us to take a detour. fortunately, most of our driving turned out to be through palestinian villages so we were safe. the situation is very tense right now since the illegal israeli settlers were removed from the palestinian home they occupied. the media is calling this an “eviction,” which is technically correct, but it is a bit frustrating to hear this word, which has as its synonym expel, a word that is more in line with the sort of ethnic cleansing the israelis have been forcing upon palestinians for the past sixty years. 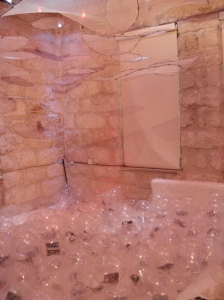 when i went through qalandia checkpoint, outside of ramallah, on my way to al quds, i was waiting in line in the car to pass. before the checkpoint was transformed into the sort of international border crossing–far from any legal sort of border–this had quite a vibrant marketplace that you would walk through after you made it through the itf checkpoint area. most of that is gone now–the stands selling various odds and ends, the carts selling all sorts of foods (huwara is like this now a little bit, but i fear when the israelis are finished turning that into an international border crossing style checkpoint these small businesses will disappear too). but now at qalandia what you have instead are many small children who rush the cars, cleaning your car window, selling you gum, begging for money. and it’s heart breaking. yesterday the children seemed particularly desperate as they were wanting money for eid. poverty is increasing here. even yesterday in al quds i saw a child in a garbage dumpster on salah el din street, searching for objects of value that someone else had finished with or rendered useless.

i had told my friends in beit lahem that i would be in al quds for the day, but i think they thought i was spending the day in ramallah. there is a big difference between the two in the sense that they were calling me all day and my phone was off. they got worried–started calling people in nablus trying to see if something went wrong. and apparently there were disturbances at huwara: settlers turned a palestinian car over and the itf closed it down about an hour or so after i made it through. but i was fine, in al quds. but they didn’t know this because one of the ways that israelis configure borders is to ban palestinian telephones from working in al quds. even though every square inch of this city belongs to palestinians, i cannot use my phone there so it was as if it was turned off. and they couldn’t reach me.

i went to see rana bishara’s “homage to childhood” exhibit at the french cultural centre yesterday. it was dedicated to palestinian refugee children. it was an amazing and unique exhibit. she filled a room full of white balloons, and the floor had white carpet on it. there were barbed-wire halo ornaments hanging from the ceiling. in the balloons there were various objects like seeds, black and white photographs, and palestinian national symbols. here is how bishara describes her moving installation:

“In this work,” says Bishara, “children are trapped between halos of barbed-wire circles covered with tulle cloth and balloons. The spectator has to manoeuvre between the hung barbed-wire circles and interact with the artwork by walking through the space and discovering the pictures inside the transparent balloons, or by lying down on the mattresses and watching the barbed-wire circles conquer the space – a metaphor of simultaneous protection and harm. It is a malevolent halo that purposely crowns the children, Palestinian children, and steals their childhood, even before they are born.”

after the exhibit my friend took me to sheikh jarrah to meet um kamel al kurd. she is the woman who was expelled from her home in sheikh jarrah one month ago so that an illegal israeli settler can occupy this house which is decidedly in east jerusalem. she has been living in a tent below the house as an act of resistance. she’s not fighting for her right to go back to this house, though. instead she is fighting for something much more radical and amazing: the right to return to her house which is in al talbyieh near the yaffa gate of the old city. she was a refugee in 1948, like her husband who was from yaffa, though he died shortly after the expulsion. yesterday they marched with a group of people from al quds and internationals to the area where her house is. she actually doesn’t know exactly where her house is, it turns out, but of course she has the papers and the original key to it. in order to keep um kamel going there are all sorts of activities every day such as painting for neighborhood children, many of whom have painted beautiful images telling the story of what happened to um kamel (as seen here). there was also a film screening last night of short films–these are open to the public and one of the ways that they encourage various neighborhood people to come to the house and sit in solidarity with um kamel and her family. yesterday they had a film by larissa sansour. i had recently seen one of her amazing films called “soup over bethlehem” and i loved it because it was about mloukhiyya, which of course reminds me of baha’a. because as baha’a famously said: “mloukhiyya is resistance because i love it.” he, like um kamel’s husband, is from yaffa. please sign the petition to let um kamel return to her original home here.

after i left sheikh jarrah i drove on a jewish only road (i had yellow plates on the car i rented because my friends and i had planned a trip to 1948 this week). to get to deheishe. it was particularly scary to drive on this road yesterday. it was filled with itf: in jeeps, on foot–even in the tunnels near the illegal settlement of gilo they were marching on foot. as i drove up to beit jala after the checkpoint there they were standing outside their jeeps on the hill. they were everywhere. because i was headed in the direction towards khalil. and yesterday illegal israeli settlers set fire to a palestinian home. so tensions were high. but of course who gets the brunt of that? palestinians. they are the ones who the itf clamps down on.

when i arrived at deheishe my friends and i were trying to figure out if we should leave yesterday night or this morning. we decided that maybe it would be easier to make it through the checkpoint if we did it at night. that way the roads would have fewer people on them and maybe it would be easier to make it through. and, amazingly enough, given all that is going on, we did. we made it through the checkpoint into 1948 right behind a car with new york license plates (because so many illegal israeli settlers are really americans occupying palestinian land). we arrived in nasra at 1:30 am, though if we had been allowed to drive in a straight line from beit lahem to al quds that could have been cut down quite a bit. but my friends are here in 1948. again. refugees are returning, if only temporary. i hope that refugees like um kamel get their right to return for real. soon.

until then here is the film about mloukhiyyeh for baha’a & his creative resistance:

One thought on “on eviction” 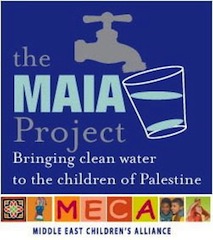