In my last blog post I focused on aspects of being in Los Angeles that particularly irked me. Little did I know, it gets worse. Two items of note:

1. The mayor of Los Angeles, Antonio Villaraigosa addressed the Democratic National Convention this week in which he proceeded to establish the capital of an illegal colonial occupation in Palestine (i.e., that Jerusalem is the capital of Israel) as a part of the Democratic party’s platform:

Anyone who knows Villaraigosa’s politics should not be surprised by his actions. Los Angelenos likely remember his efforts to collaborate with Israel on a variety of issues:

In just a few days, we signed agreements to strengthen security at our airport and enhance our counterterrorism capabilities. We initiated partnerships to protect our ports and reduce our carbon footprint. We took a series of steps to revitalize the L.A. River, expand the city’s water conservation and recycling initiatives and invest in the technologies of tomorrow. From homeland security and public safety to environmental innovation and green development, Los Angeles is set to receive the best Israel has to offer in the fields where the Jewish state leads the world — and Los Angeles will be better off as a result.

But it gets worse. The state of California passed a resolution a couple of weeks ago that indicates its real fascist tendencies:

The resolution, which was passed without debate and without input from community groups, “recognizes recent actions by officials of public postsecondary educational institutions in California and calls upon those institutions to increase their efforts to swiftly and unequivocally condemn acts of anti-Semitism on their campuses and to utilize existing resources, such as the European Union  Agency for Fundamental Rights’ working definition of anti-Semitism, to help guide campus discussion about, and promote, as appropriate, educational programs for combating anti-Semitism on their campuses.”

HR 35 is a non-binding resolution and has no policy mandate. But a careful reading of the vocabulary and wording has direct similarities to accusations made by Zionist groups and students against Palestine solidarity activism and Muslim student groups on UC campuses in California. The resolution calls for public institutions, for example, to condemn “student- and faculty-sponsored boycott, divestment, and sanction campaigns against Israel that are a means of demonizing Israel and seek to harm the Jewish state.”

While the resolution is non-binding, it indicates the tenor of the state’s politics and does not bode well in light of freedoms on college campuses, as witnessed by the Irvine 11 and others. 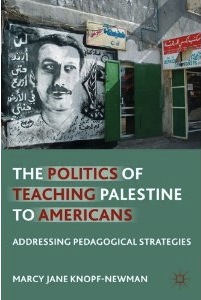 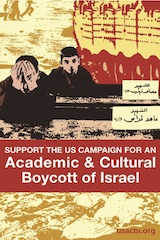